Welcome to Show and Tell Saturday. The first part of the week was rather productive in my little crochet world. I finished Burger’s birthday afghan. With a couple weeks to spare. Yay!

I did just a simple single crochet edging. As I mentioned previously I used a YouTube tutorial to follow along with by CrochetHooksYou. I really liked working the “soft” chevron (that’s what the video calls it) because its a little more wavy as opposed to the usual ripples which are really spiked. Because I like counting in my head (it’s an OCD thing) this was a great project for me and will most likely make this my go-to blanket pattern. It’s also easily adjustable to change the size because the foundation is done in multiples of 12.

As with most crafters, the approaching fall means getting ready for Christmas and holiday craft fairs. I’ve had my list of gifts I’d like to make for individuals but until this week hadn’t started on the crocheting. I decided a good starting place would be gifts I hadn’t made before so I had plenty of time to work out the kinks. With that being said, I thought the most difficult would be a buttoned crochet hook case for my mother-in-law. I had an idea of what I wanted which was a case that she could easily bring her supplies with her when she travels. You know, the essentials: a few hooks, scissors, measuring tape, stitch markers and even a large eyed needle for sewing ends in case she finished a project away from home. It seems basically every pattern I happened to find was a version of 2 patterns. The first only had pockets for hooks but no other supplies and I didn’t want to take the time to figure out how to adjust it. The other was a circulated PDF from a book published in 1981 and was designed by Sally V. George. It was exactly what I had in my head. I did a test of it which turned out a little wonky so I’ll be keeping this one for myself and in spite of the mistakes I really like it. The only change I made was I didn’t want a rolled case. I wanted a button closure so in order to do that I added a single crochet edging with a button hole then sewed a simple black button. It’s not in the middle but that’s ok because I’m a little off balance myself sometimes. Also, the pattern called for an H hook (5.0 mm) but I think when I make the next one I’ll go down a hook size to see if it makes it a little tighter. As you can see my corner curls a bit. Maybe I’ll even block it. I’ve never blocked with success before so maybe I’ll try a different method. 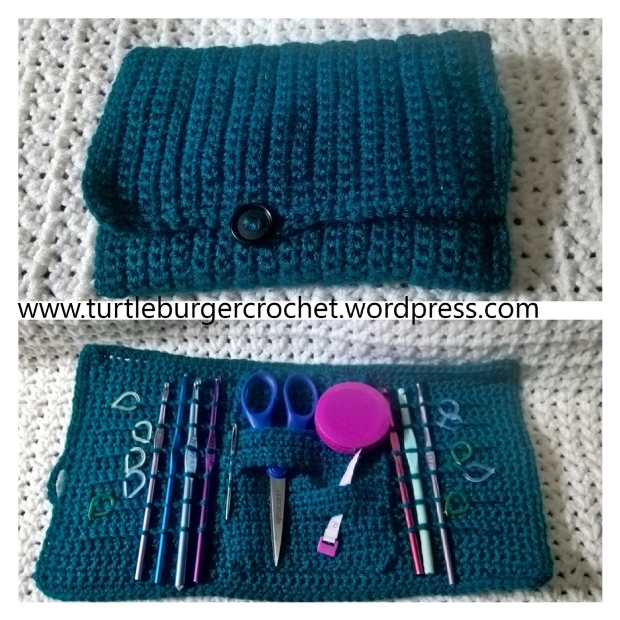 What have you been working on? Have you started Christmas projects yet?

A new segment here at Turtle Burger Crochet will be known as Final Friday. On the last Friday of each month I will list all new items in my Etsy shop for that month for your viewing pleasure. The items will generally have previously been discussed in the blog but now they will be available for purchase. I also will give a discount code to be used for the new items for that month. Since this is the first month for Final Friday all items are on sale! Simply use coupon code FINALFRIDAYAUGUST at checkout and receive 10% off any purchase of $5 or more until Sept. 2, 2016. Without further delay here are all current listings available for purchase.

Good Saturday to all! Today I am showcasing some items I am considering stocking up on for the holiday craft fair. I think these two are definite keepers. They will be available in my Etsy shop. First up is a Santa coffee cozy.

The cozy was really easy to make and came with an easy to follow video tutorial.

Next, is a Christmas wreath ornament. For awhile now I’ve been keeping the rings off of milk containers and water bottles. I was sure I could use them for something. Waste not want not, right? Crafters find ways to recycle and up cycle anything we can.

This wreath was really easy too. This one was made crocheting around a milk carton ring. The ring was approximately 1.5 inches across and the pattern said a 2 inch ring so I was surprised when it turned out bigger than I thought. In addition to being a tree ornament I thought it would make a great window decoration by hanging on a small suction cup hook.

In other news, I am still working on Burger’s birthday afghan. It’s nearly completed so maybe by next week I’ll have it ready to reveal.

I’m not exactly sure I would call today a show and tell since there’s not much to show. This week was incredibly chaotic and stressful but also full of blessings. Burger had his surgery on Wednesday. While it is routine for the surgeons and is fairly common in children with cerebral palsy, it seems the older Burger gets the harder it is for him to recover after surgeries. This time was no exception and he just didn’t want to wake up afterwards. Thankfully, he eventually did wake up early the next morning and we were able to come home Thursday night. He doesn’t seem to be in any pain and we’ve gotten a few smiles so we are full of thanksgiving this weekend. We can also see improvement already with his tightness so hopefully he’ll have even more relief in the coming months as we all adjust to this change. Turtle was extremely well behaved the entire time and kept all the nurses entertained and made sure they were taking care of his Bubba.

Unfortunately, I wasn’t able to get Burger’s blanket finished that I’ve mentioned the past few weeks. I did make progress but not as much as I hoped for. I should be on target for finishing it for his 12th birthday next month which was my original intent on making the afghan anyway.

I mentioned last week I was attempting my first dishcloth but couldn’t seem to focus on it. Over the past week I’ve managed to stick with it since it was pretty mindless really. I would do a row here or sometimes I only had time for a few stitches at a time. I did finish it last night. I like it but for some reason it turned out a little wonky. My corners look odd and even though I had the correct stitch count the bottom turned out with a curve in it. Any thoughts on why it would’ve done that? 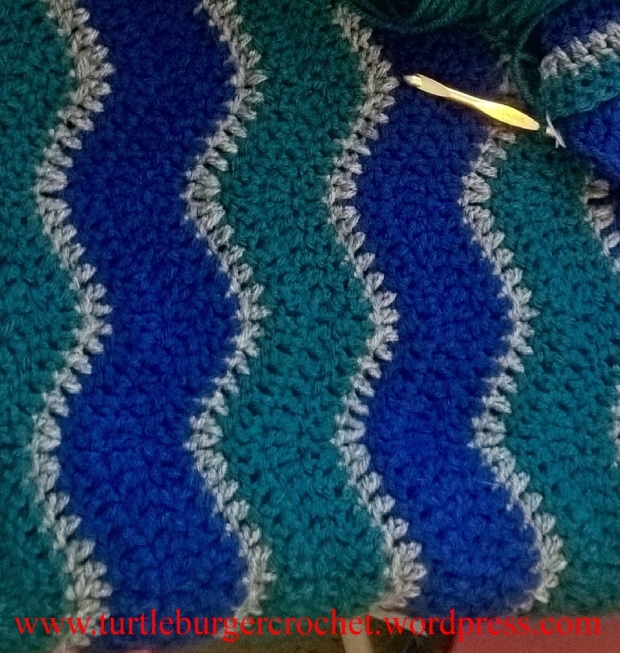 The above photo is the continuation of Burger’s afghan. I didn’t get as much done this week as I had hoped. His surgery was pushed back until next Wednesday so that gave me a little more time. I have completed 45 rows out of an undetermined amount of rows. I had 75 in my head although I completely made that up and I’ll figure out if I need more when I finally get there.

This week has been slightly stressful due to the delay of surgery. We were all pumped for it and then I felt deflated so we need to mentally prepare again. After working on the afghan I felt I needed a couple of quick projects that I could complete and claim victory. Unfortunately, that sounded better in my head (like most things!). Ternie and I were given a rare date last Saturday and we went to see Finding Dory. So cute! I might even say I liked it better than the first (gasp! I know!). After that I felt inspired to finally make my Dory hat. 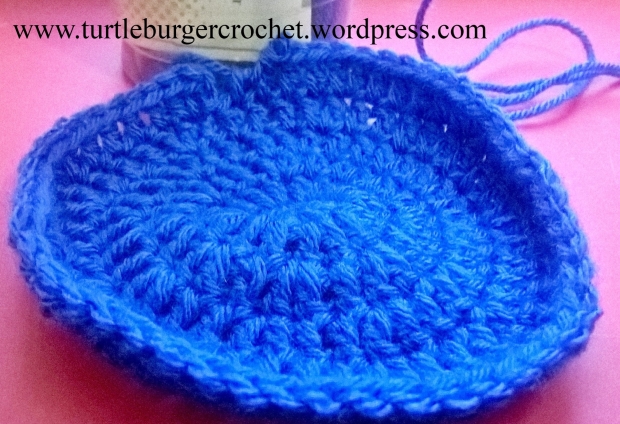 Yep, I couldn’t concentrate on that and this is as far as I got. Then I decided I would finally make a basic dishcloth. 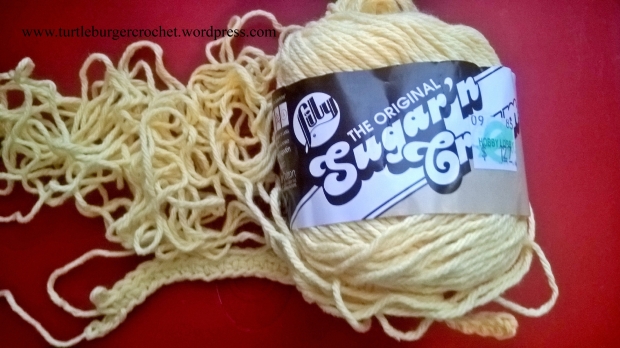 As you can see I couldn’t even manage that. I did the chain and 2 stitches shy of finishing the first row. Well, at least I have an end purpose for the blanket and will just work on completing that hopefully by Tuesday.

Have you ever had Crochet ADD (attention deficit disorder)? I’m not meaning to sound insensitive to the true disorder but it summed up my week pretty well. 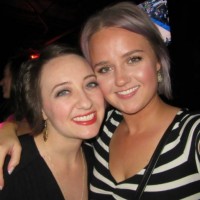 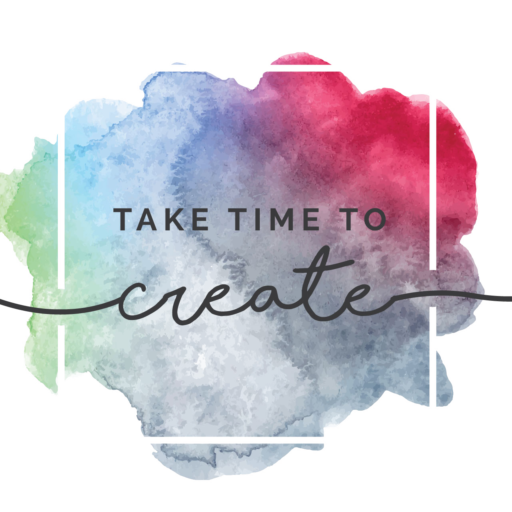 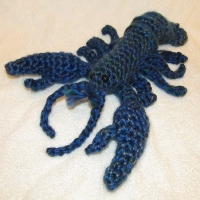 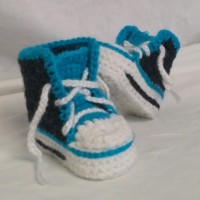 It’s time to express myself.

Bloom where you're planted: crochet every day!

Busy and Bendy in the Queen City

Five Kids and a Crochet Habit

A Stitch Shy of Normal

Aren't we all just a few stitches short of a full blanket?